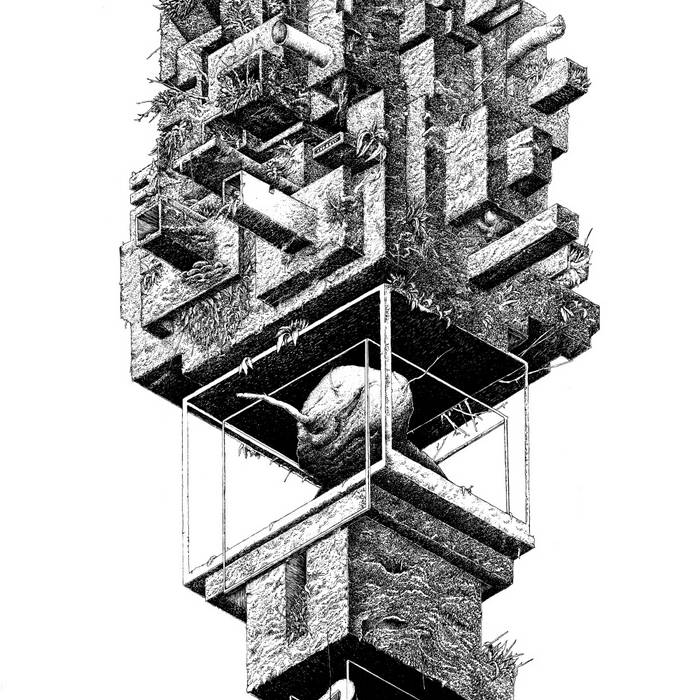 On May 11th Polish experimental group Alameda 5 (led by Kuba Ziołek of Stara Rzeka, Innercity Ensemble and Kapital fame) will release its new, double album entitled "Duch tornada". This time we can expect 13 new compositions that bring a strong stylistic shift from "Późne królestwo" - a debut album recorded two years ago as a trio.

But first, let us explain the reasons for a new name for the band. "Tomek Popowski (drums) moved to Warsaw where he had to begin his life from scratch. Some time later Mikołaj Zieliński (bass) moved to Gdańsk and for a moment I thought that this trio will die of natural causes but I guess I wasn't ready to lay Alameda to the grave" - explains Ziołek.

"Fortunately I managed to talk Jacek Buhl (drums) into playing together and Mikołaj agreed to visit my hometown Bydgoszcz to rehearse. Then, together with Łukasz Jędrzejczak (keyboards and electronics) we started composing new songs and a couple of days later, when preparing for a concert at Kraków's Unsound festival, we saw Rafał Iwański (percussion) mess around our tracks with his instruments. This Unsound gig was our first appearance as a quintet".

However, the new digit in the group's name doesn't mean an end to the trio formula. "The trio trio is apparently still alive and kicking. As we speak we're in the middle of rehearsing new songs. It may however be that we'll morph into a quartet as we're in talks with one handsome guitarist from Warsaw" - says Ziołek.

The differences between Alameda 3 and 5 don't necessarily come down to the name and the number of musicians. "Alameda 5 is a whole different organism, to be honest" - explains Ziołek. "Jacek drums differently than Tomek. "Późne królestwo" is based around guitars and "Duch tornada" operates on strong rhythms. As a quintet we tend to play for fun, improvise, mess around with rhythms and moods whereas the trio is a more rigid form, disciplined and rocking. We could record about 10 more albums like "Późne królestwo" but that's not what we aim to. We like the thrill of searching for new stuff".

"Duch tornada" consists of 13 songs that clock around 80 minutes which might resemble Innercity Ensemble's second album but - as is the case with "II" - you won't find boredom or any spare sounds here. "We decided to divide this music into two parts, having in mind the fact that some listeners might not be able to bear this amount of our music. We don't want to make our audience weary, we want them to feel good" - adds Ziołek.

"Duch tornada" was mainly inspired by sci-fi movies and books. "When we began recording it dawned on me that we're in the middle of creating an amazing soundtrack to a good sci-fi movie" - says Ziołek. "Science-fiction in one way or another laid the foundations of many tracks - in 'Kora' Ela quotes Ballard, 'Farmakopea' is 'Kongres Futurologiczny' by Stanisław Lem, 'Ono Sendai' - Gibson's 'Neuromancer'... This album is a tribute to my childhood and movies like 'Blade Runner', '2001: A Space Odyssey' or even 'Ghost in the Shell'. That was also the time when I first experienced music of Kraftwerk and Vangelis. What's more - the spirit of tornado is also a revolutionary spirit. There's no place for nostalgia, we're set for battle".

Alameda is a multifaced entity designed to add some voltage to your senses. It consists of members of Stara Rzeka, Innercity Ensemble, Kapital, Hati, So Slow and T'ien Lai among others.

Bandcamp Daily  your guide to the world of Bandcamp